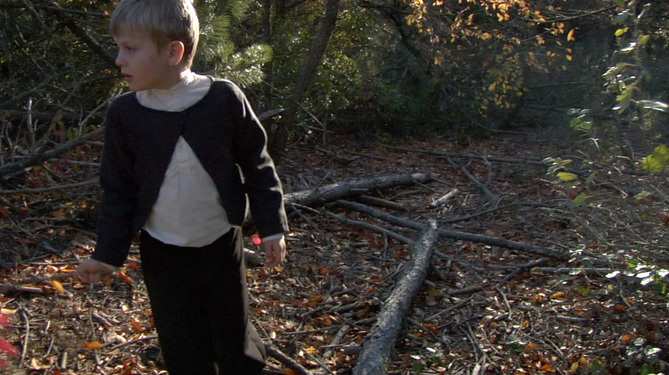 "A Boys’ War" is a single channel video piece. The camera follows two young boys on a journey. This piece was inspired by the roles women and children played in the American Civil War. Legend has it that young boys operated as spies because they could easily cross enemy lines and not arouse suspicion and women would hide medical supplies, ammunition and even children, under their skirts. We see two boys with one mission emerge from a woman’s skirt. But when they separate, each boy navigates the terrain incongruously. One is determined and steadfastly moves forward; the other is jumpy and distracted and becomes hemmed in by the landscape. 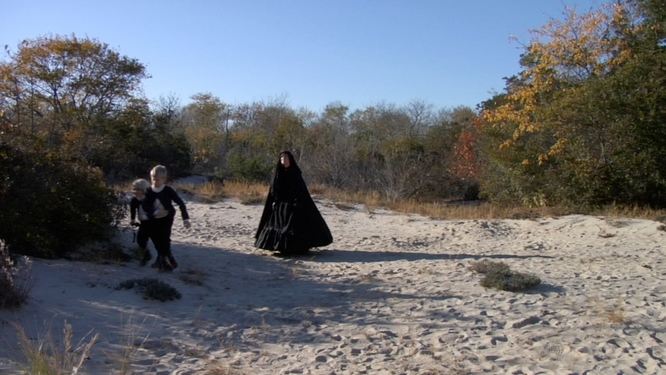 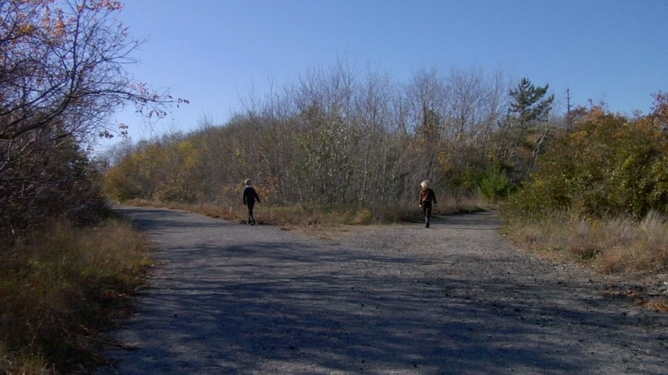 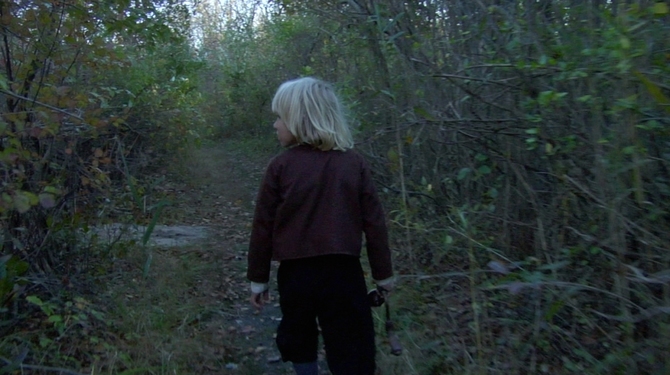 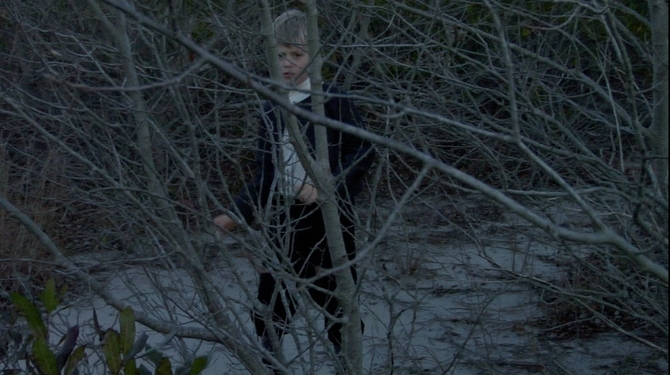